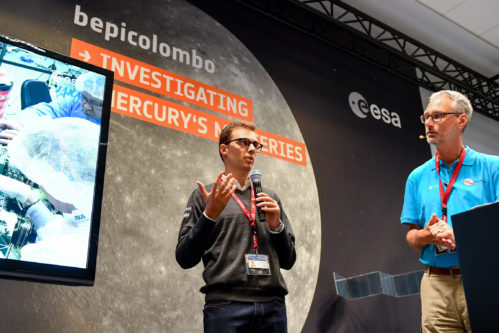 Another long term science mission launched into Space – ESA’s BepiColombo spacecraft is off to its seven years journey to Mercury. I have prepared and directed the press and media briefing in Darmstadt on behalf of the European Space Agency, which has been the first of many events to come until the probe will arrive at our smalles neighbouring planet in 2025. [image: J. Mai] 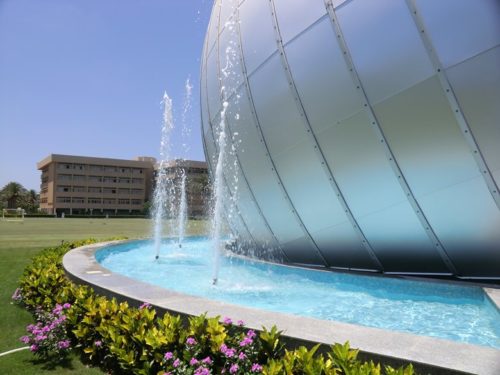 The medium size Fulldome planetarium of the Arab Naval Academy in Alexandria hits the mark of signing the 95th license for my planetarium show „Journey to a Billion Suns“. Its new dome has been erected in 2012 and lies in Abu Qir, Alexandrias Northern tip towards the Mediterranean Sea. #billionsuns will get its first Arabic transscript here and profit from the academy’s high reputation and number of visitors. 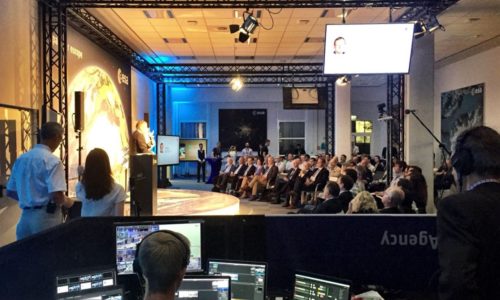 Little helper for the God of winds

While it became the most cited witticism to postpone the launch of a wind mission for the reason of strong winds, we have passed all the rest of solid background information about the first European wind measuring satellite to the media and VIP guests at the launch event of the Aeolus satellite in Darmstadt. Despite the extreme short preparations time and the event’s postponement, all went well and was conducted professionally at unusually low costs. Is this the future of communications? 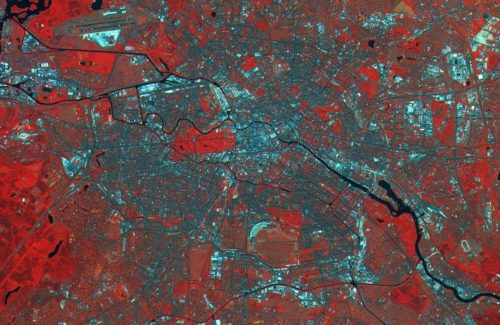 Forget about Google Maps – it’s years old and censored! You can use Sentinel-2 satellite images instead, brought to everybody by the European Copernicus programme for free. I was amazed by the variety and the stunning time series you can download from every single spot on the planet – fresh images almost every day, even radar and infrared. While I was working on a series of satellite data applications on behalf of the German Aerospace Centre, I have tested Code-DE, the German speaking data hub. It’s definitely worth a try. 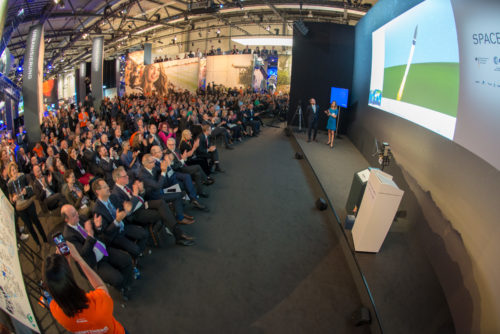 Celebrating the complete Copernicus space segment, together with a successful launch of Sentinel 3B on the last and final Rockot launch vehicle – an event full of emotions and messages, delivered to a 300 VIP audience at the Berlin airshow ILA. Preparations were tense and the location was difficult – but finally, it turned out to become a fast pace, dense and entertaining production, which I was in full charge of. 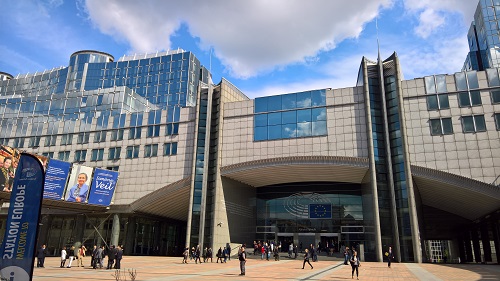 State of the Climate Event in Brussels

One hour briefing of European Parliament members and executives at the EUP in Brussels about the brand new ‚European State of the Climate‘ report – hosted by MEPs Fulvio Zanonato, Klaus Buchner and the European Centre for Medium-Range Weather Forecasts in Reading. The fast pace of the programme and the user cases shown in video and in person were well appreciated by an almost full auditorium. 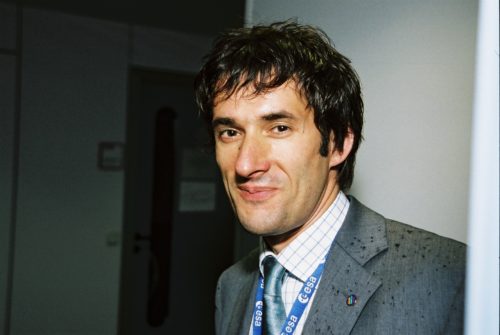 On my own behalf: Today, I have been working as a freelance consultant for exactly twenty years. Two full decades of self-employment, with plenty of highs and lows, with Hundreds of exciting projects and a Thousand inspiring people from all around the world. I am greatful for all the support I have received and curious about what comes next in the third decade. Thank you all! 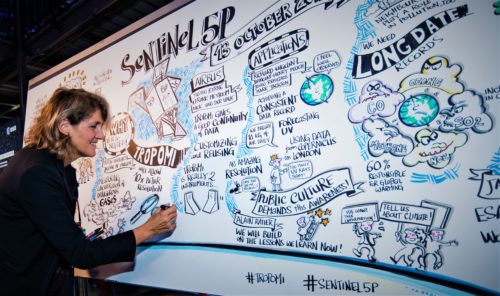 800 VIP audience on site plus 17,000 viewers of the live broadcast have watched the launch event of the Sentinel 5P satellite, which has been produced out of ESA’s technology centre in Noordwijk, Holland. With 81 international media on site, the coverage has hit the 200 million mark, triggered by 17,016 tweets and more than 5,000 interactive users, plus TV, radio and news desks. The show was moderated by Louise Houghton, the live scribe provided by Lucia Fabiani (picture), while I have prepared and produced the live stage event and directed it on site. 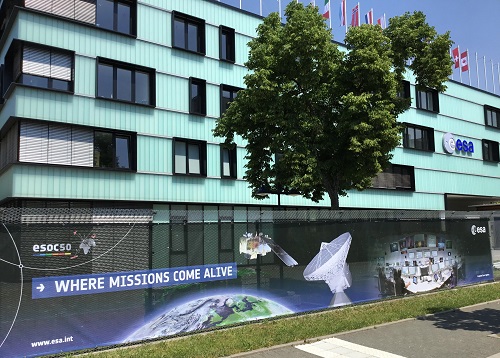 Keep it short at the Open Day

When Thousands of citizens entered behind the hidden gates of ESA’s Space Operations Centre in Darmstadt early September, they have listen to and watched a series of short presentations about Space Tec and Space science across the centre’s past 50 years of existence. I have managed and iterate with 35 different presenters, amongst them directors, astronauts and top level scientists, the fast paced programme with short stories of just a few minutes, aiming at the visitors‘ emotions, and demonstrating the varienty of Space activities and their benefits to the people. 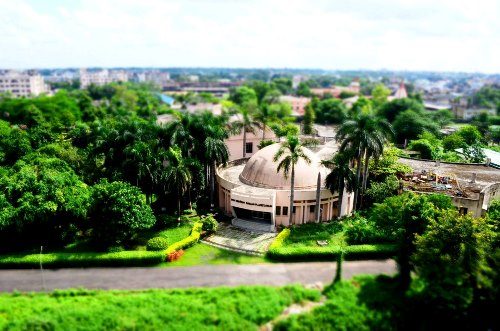 With two large planetaria in India, my Fulldome show has found its way into 85 different planetaria in 27 countries worldwide: It’s the Regional Science Centre in Calicut, Kerala, as well as the Raman Science Centre in Nagpur, Maharashtra (picture). They will show ‚Journey to a Billion Suns‘ in Hindi, Malayalam and English. From the beginning, Indian music was part of the film’s soundtrack, playing a traditional Indian Surbahar (similar to a Sitar), in combination with a European church organ – both of them holy instruments making the grandness of outer Space tangibly devine. भारत आपका स्वागत है! | സ്വാഗതം ഇന്ത്യ!