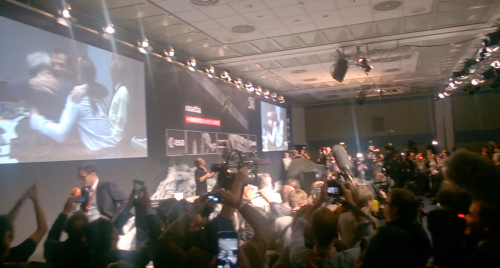 This was the largest ever media frenzy I have ever worked for: More than 200 media have been on site, reporting from the landing of a small probe called Philae on the comet 67P. The media briefing and live stage event was attended by another few hundred of VIPs, while the premises at the European Space Operations Centre was jammed full of OB vans and camera teams. I have drafted, prepared and directed the live programme and was responsible for the content – supported by large teams of TV crews, producers and PR personnel. 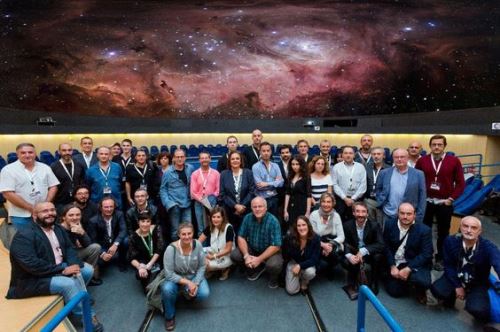 My immersive Fulldome film for planetaria about the distances in the Universe has won the first prize in public voting. Three dozen 360° films have been screened by the public in Pamplona, Spain, during the annual conference of Spanish planetaria, called Tecnoplanetario. 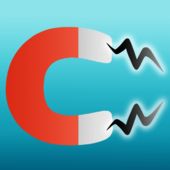 After months of preparation, my mobile game for iPhone and iPad has been put online: SWARM-EE is a simple, though new kind of games, because it uses, for the first time, the magnetic sensor of the smartphone for gaming. A steel ball has to be navigated across a labyrinth, permanently dragged by the force of magnetism and magnetic fields. The game has been proposed and produced at the occasion of a scientific space mission measuring the Earth’s magnetic shield. The idea, project management and iteration was my job. Designed by Christine Neigenfind and coded by Björn Bergstein. 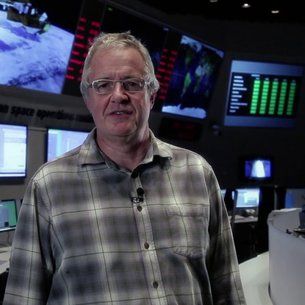 The European Space Agency commissioned me to produce a video for its German establishment in Darmstadt, Germany, where all European scientific satellites are operated from – a corporate film to introduce the site to visitor groups.

One of the chief spacecraft operators was the on-camera presenter – which was bit more difficult, but much more authentic than working with an actor.  He is the sympathetic guy next door, a calm enthusiast, an unobtrusive expert. He explains the context in documentary style, no useless details. He’s guiding visitors along the idea of space operations, as if he were guiding them in person. 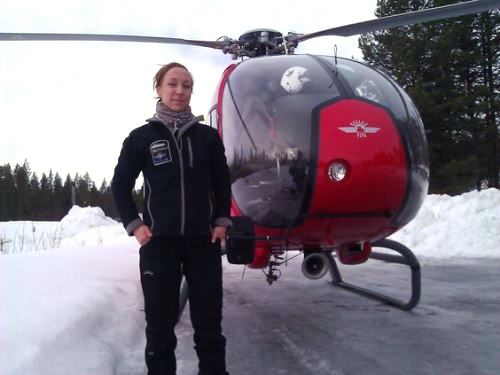 In the very far North of Sweden, in Salmijärvi, ESA operates a number of ground stations – huge steel dishes downlinking satellite data during short overpasses. For a corporate video, the largest 35meter dish has been filmed from a helicopter – with Mikaela, our charming pilot from Kiruna on the control stick, and me in the open door – overhead the wonderful sub-arctic landscape of Swedish Lapland, with snow covered forests and huge satellite dishes. 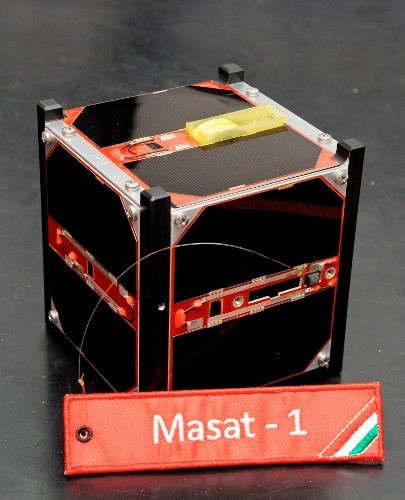 Today at 12:31 CET a satellite named MaSat-1 has catapulted Hungary at rank 47 on the list of space nations. The tiny space probe is as large as a milk container and weighs less than three pounds.

The small Hungarian experimental satellite has been launched today at 11:00 CET (07:00 local) from the European Kourou spaceport, together with two large Italian satellites and another six CubeSat size mini probes. The name MaSat – which in spoken Hungarian means daubery – has been combined from the words Magyarország (Hungary), and satellite. It is a technology demonstrator without any further function and will orbit in 350 km altitude.

MaSat has been launched with ESA’s new Vega launch vehicle that has been developed during the recent ten years and can launch satellites up to 3 tons into low Earth orbit. Currently, this launch class is performed by former ballistic missiles like the  SS-19 Rockot or the SS-18 Dnepr. Vega is more than 30 meters tall and weighs over 130 tons, most of it being fuel, and will replace the former Soviet missiles in a few years. The new launcher’s maiden flight had a statistical 57% chance of a failure, but finally performed perfectly.

Hungary’s space efforts have been encouraging after the end of the socialist era, but have starved since then of lack of political interest. First of the counties of the former eastern bloc cooperating with the European Space Agency ESA in 1992, negotiations failed frequently and came to an end five years ago. Its post communist neighbors Czech Republic and Romania have already been admitted to ESA; Poland and Estonia will be affiliated soon.

Hungary’s indifference in developing its national space sector is a severe blow against its scientific institutes and its industry. Numerous scientific instruments and satellite equipment have been designed and manufactured in Hungary, such as the Pille radiation dosimeter on board the International Space Station ISS. But the country has no master plan of how to implement scientific and engineering know-how into a long-term strategy.

Facing fatal political and financial problems, Hungary is not expected to change its attitude towards space on short-term. Joining ESA would require a kick-off contribution in the order of 10 Mio Euros, of which most of the money is immediately reinvested into national space projects. But the country is skint and currently begging for loans at the IMF and the EU, who in return demand fundamental political changes in recent legislation over the freedom of press, rule of law and the constitution. Finally, MaSat may become just a minor note in the book of space history. 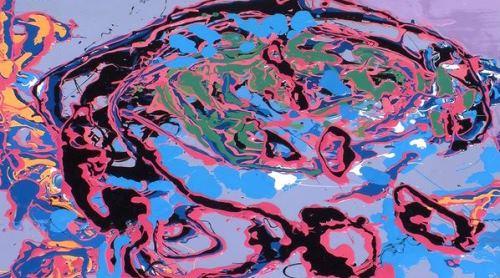 Commissioned exhibition for the Grenoble based European Synchrotron Research Facility is combining science and arts in a mobile piece of discovery hardware. I have drafted and designed the exhibition hardware and managed the project. Details HERE. 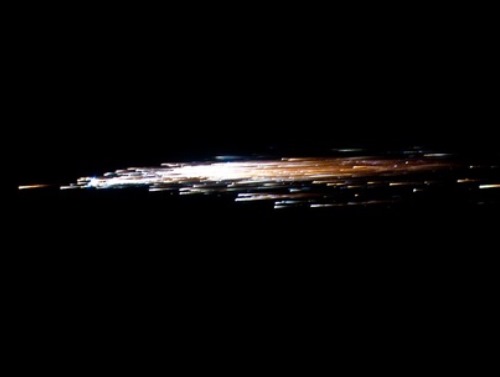 German dead satellite Rosat de-orbited today towards four o’clock in the morning EU time, almost a day earlier than previously expected. According to US military information, the  satellite’s impact site is estimated just off the coast of Myanmar in the Bengal Sea, following a long entry pass above the Atlantic and the Indian Ocean. No damage has been reported so far, and it is still unclear, if any parts of the satellite have reached land at all.

The German space observatory Rosat has been launched in 1990 and was a breakthrough in X-Ray astronomy. Since it became uncontrollable 1999, the re-entry was just a question of time. Earth’s gravitation pulls every object in space, while the Sun’s plasma pushes them towards our planet. Rosat is one of the first large objects smashing down from space, while Hundreds of Thousand pieces of space debris are still on the waiting list for the next century. 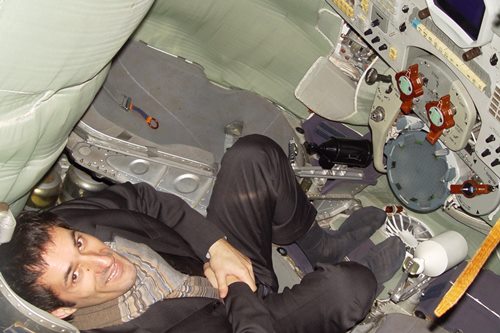 Being a Space Tourist

It’s great to sit in a real spacecraft – of course with the proper dress code. When I was negotiating with Russian Space giant Roscosmos in 2004, they invited me to their space training facilities near Moscow, and allowed me to test seat in a Soyuz capsule. A remarkable day with remarkably friendly people all around – including  record breaking cosmonaut Sergei Krikaljov and Juri Usatchov. And of course me, coming home with a multi-million Euro space exhibition that turned out to be the most successful ever in Germany. 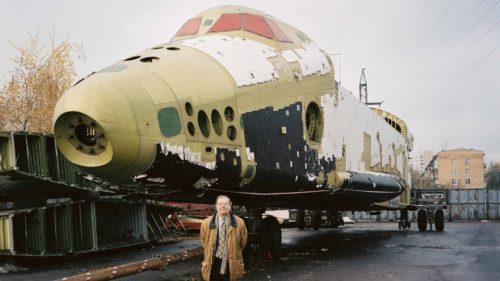 In the morning of 7. April 2005, I found myself at the outskirts of Moscow – together with aerospace veteran engineer Vladimir Fishelovich, who introduced me to one of the five ever built pieces of hardware of the Soviet Space shuttle programme. In fact, we were standing next to a real Buran Space vehicle. What an amazing moment! Later, this spaceship was sold to a museum, since the Buran programme has been discontinued by the Soviet authorities ten years earlier.